GUANGZHOU, CHINA, August 4th, 2021 - NetEase Games has announced that Dead by Daylight™ Mobile - NetEase will launch its beta test in Thailand this week. Beginning on August 6th through August 15th, players in Thailand will get to experience the hit asymmetrical horror title. 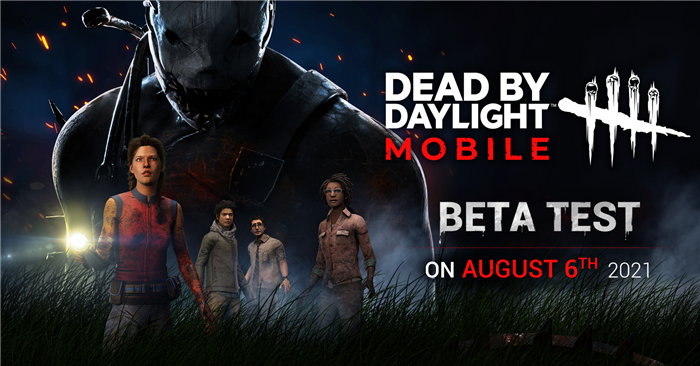 Dead by Daylight is a 4v1 multiplayer horror game in which one ruthless Killer hunts four Survivors through a terrifying nightmare. In a deadly game of cat and mouse, players can take on the role of iconic Killers or try to survive brutal trials. Dead by Daylight has landed on Nintendo Switch, PS4, PS5, Stadia, Steam, Windows Store, Xbox One and Xbox Series X|S.and gained over 36 million players globally across all platforms.

NetEase Games has worked directly with Behaviour™ Interactive on Dead by Daylight Mobile - NetEase to be sure that it is optimized to provide an authentic DbD experience to mobile with additional features added for players in the Asia region.

The Beta Test will include: ● Unique cosmetics combined with local flair. These elaborately created outfits can be earned through Treasures, a new feature designed specifically for our Asian community. ● Newly added chat system to easily team up with friends to explore The Fog at any time. NetEase Games is the online games division of NetEase, Inc. (NASDAQ: NTES), developing and operating some of the most popular PC-client and mobile games in markets including China and Japan. As one of the world’s largest incubators of quality online game content, NetEase Games is dedicated to supporting the growth of innovative studios around the globe and growing an international presence along the way. To complement its self-developed games and world-class R&D capabilities, NetEase Games also partners with other industry leaders including Blizzard Entertainment, Mojang AB (a Microsoft subsidiary) and other global game developers to operate some of the most popular international online games in China. For more information, please visit neteasegames.com.

About Dead by Daylight Mobile

Dead by Daylight Mobile is designed exclusively for mobile with intuitive controls and carefully crafted experiences based on the fan-favorite asymmetrical multiplayer horror IP from Behaviour™ Interactive. In Dead by Daylight Mobile, players both hunt and are hunted by one another in terrifying maps reminiscent of cult classic horror environments. The game has reached more than 17 million downloads worldwide on iOS and Android since launch in April 2020. For more information, please visit https://mobile.deadbydaylight.com

Behaviour Interactive, Canada’s largest independent game developer and publisher, was founded in 1992. The company boasts more than 800 employees in its Montreal studio. With its award-winning original IP Dead by Daylight™ and the strategy RPG Game of Thrones Beyond the Wall™, Behaviour continues to grow as a leading global developer. Behaviour counts amongst its partners some of the world’s most renowned brands including Activision, Microsoft, Nintendo, Sony, Ubisoft and many more. For more information visit: https://bhvr.com.